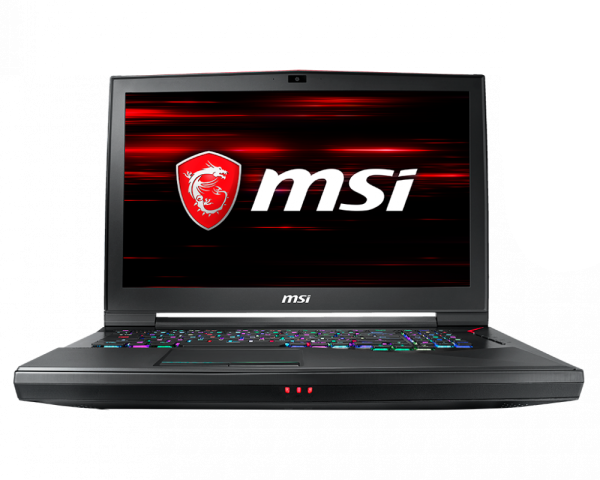 Unleash your gaming dominance with the revolutionary GPU that turns your mobile rig into a sleek, powerful gaming weapon. The GeForce® GTX 1080/1070 has now come to notebooks, powered by the game-changing NVIDIA® Pascal™ architecture. This gives you up to three times the performance of previous-generation GPU, plus amazing energy-efficiency, innovative new gaming technologies, and breakthrough VR immersion.

GeForce® GTX 1080/1070 is the king of all GPUs, built with ultra-fast FinFET, high-bandwidth GDDR5X (G5X) technologies, and support for DirectX 12 features to deliver the fastest, smoothest gaming notebook experiences.

GeForce® GTX 1080/1070 is designed to meet the demands of next-generation displays, including VR, ultra-high-resolution, and multiple monitors. NVIDIA® GameWorks™ technologies give you extremely smooth, cinematic gameplay, plus revolutionary NVIDIA® Ansel™ that lets you capture 360-degree in-game images and view them in VR. 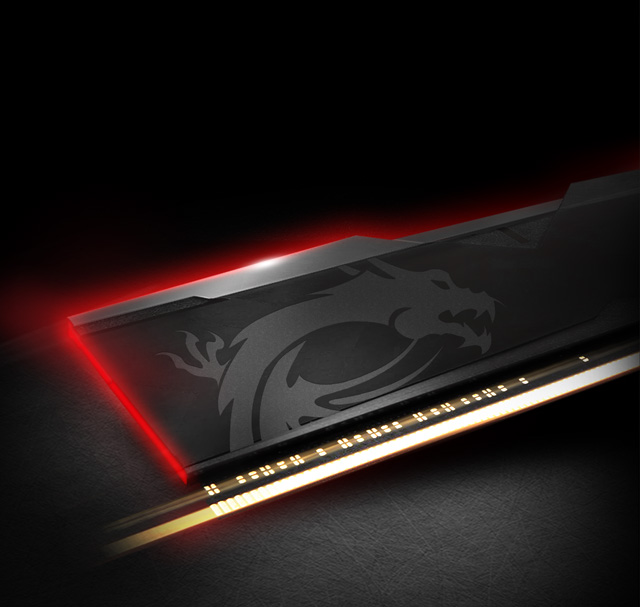 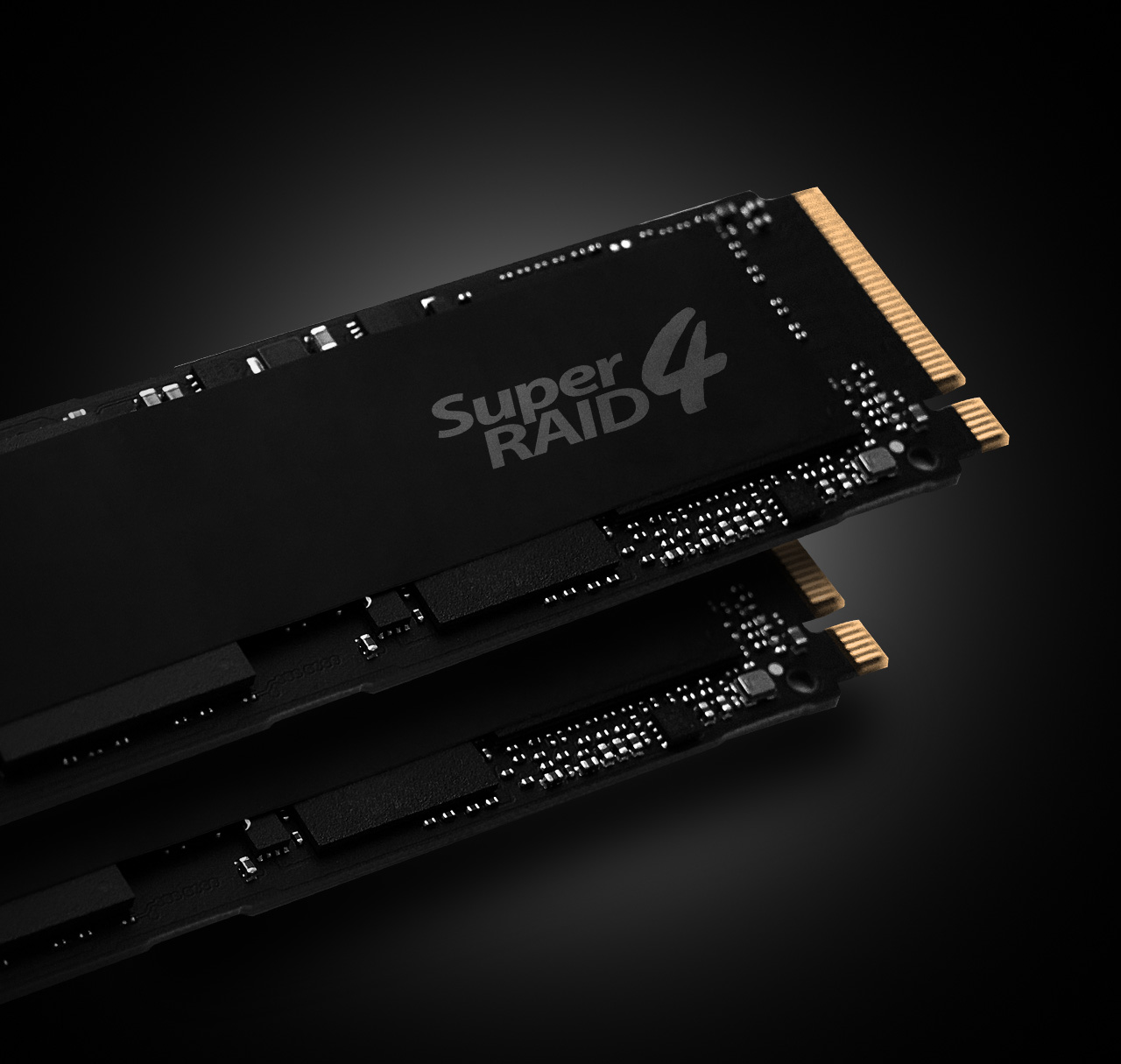 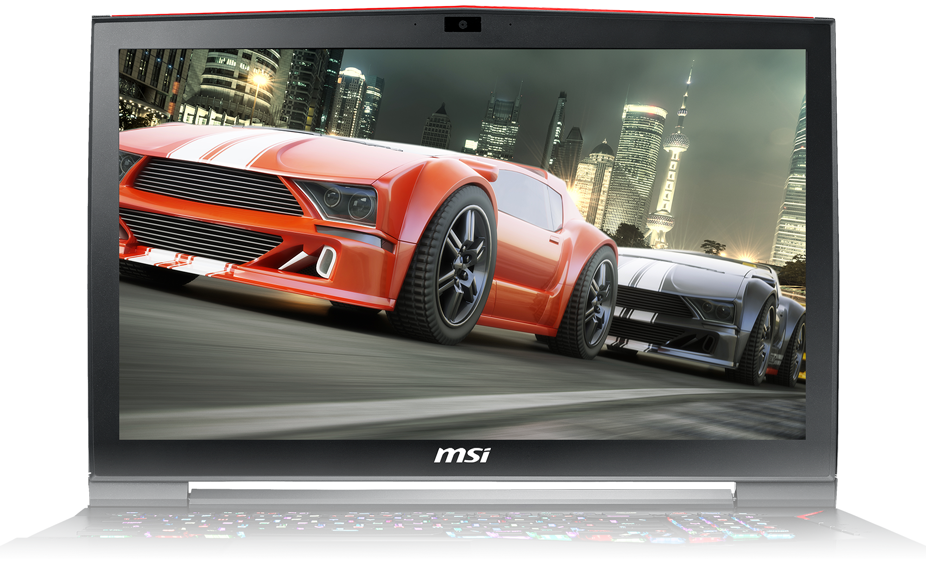 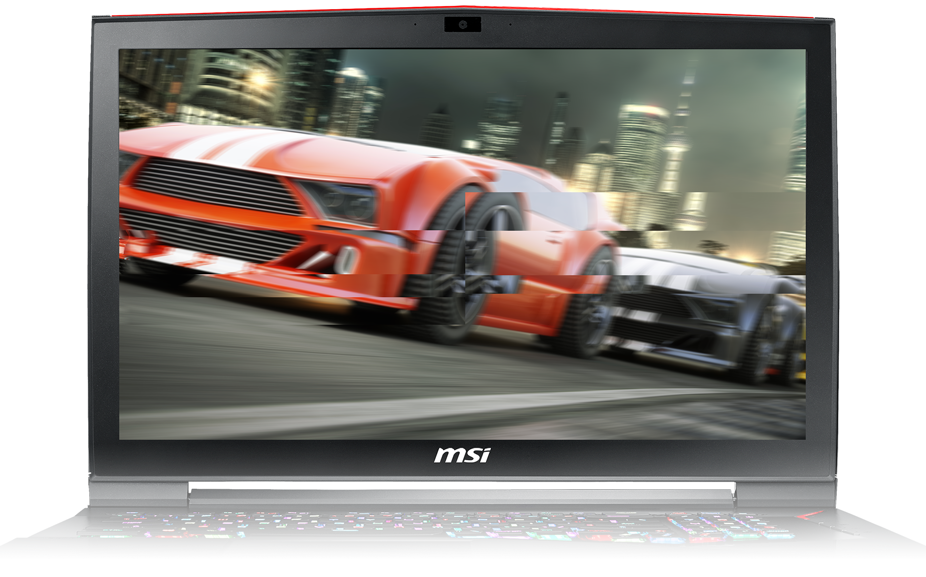 Experience the fastest 120Hz 3ms refresh rate panels powered by NVIDIA GeForce GTX graphics with full Microsoft DirectX 12 support. Moving objects look sharper and gameplay is more fluid giving you time to react instantly. This is everything you have ever wanted in a desktop monitor in a laptop.* 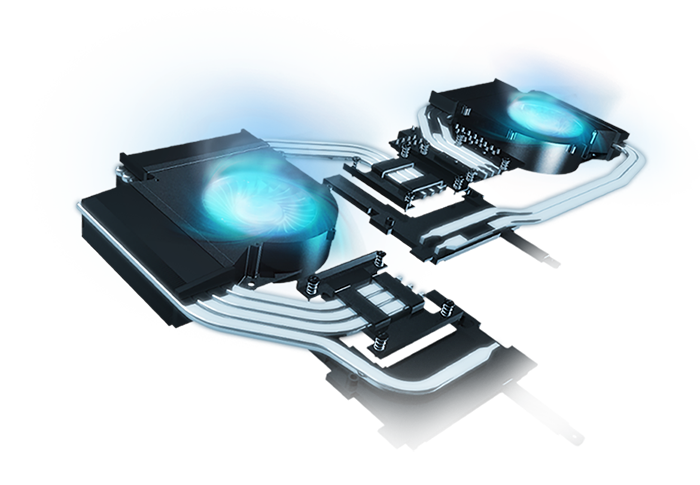 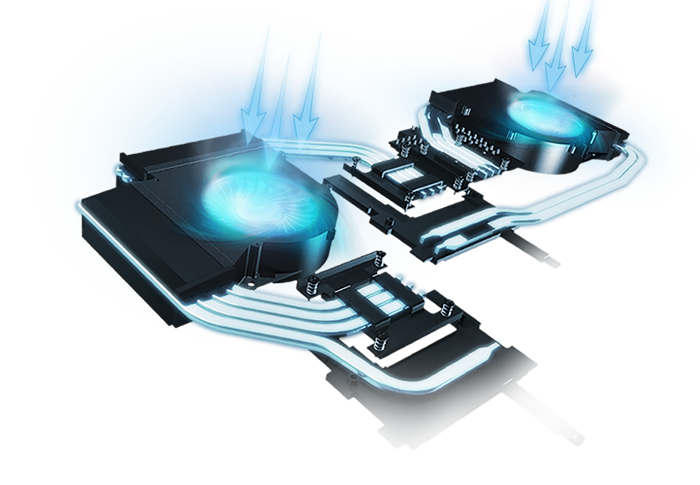 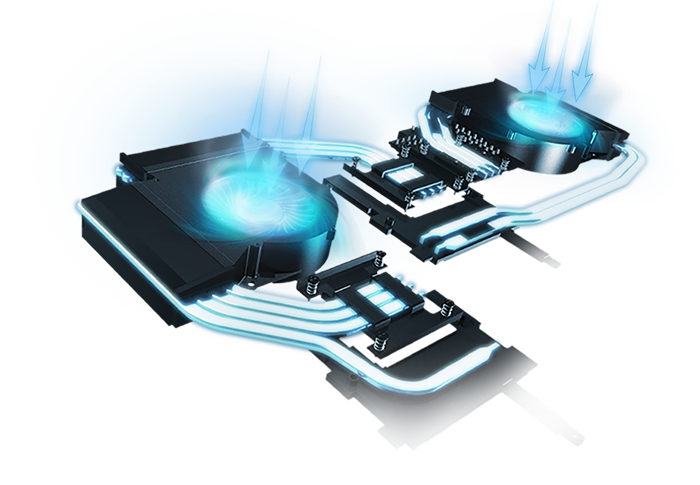 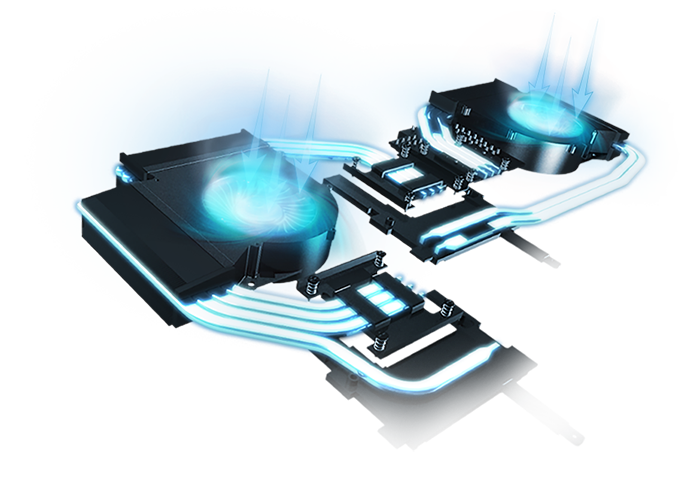 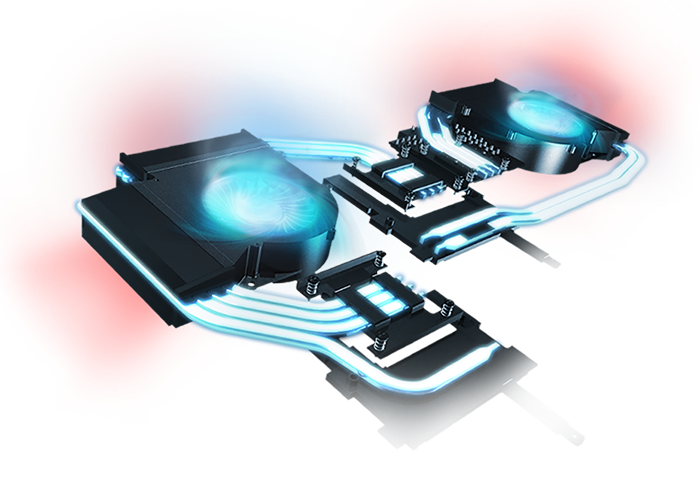 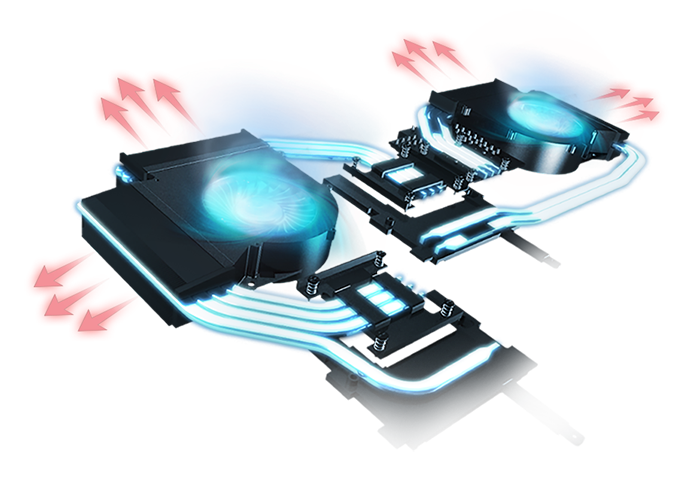 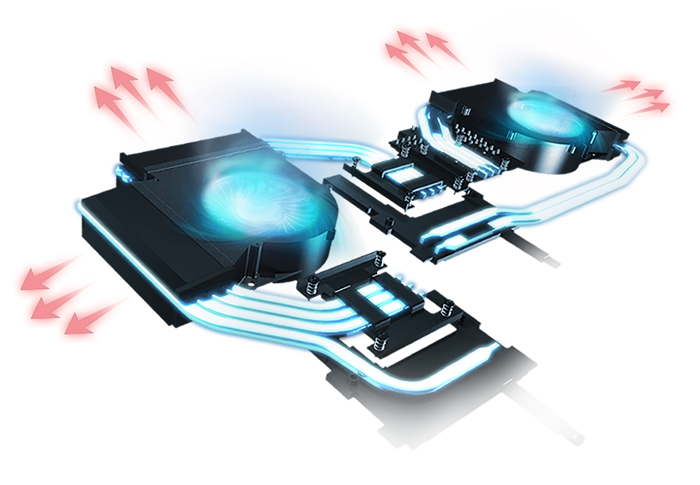 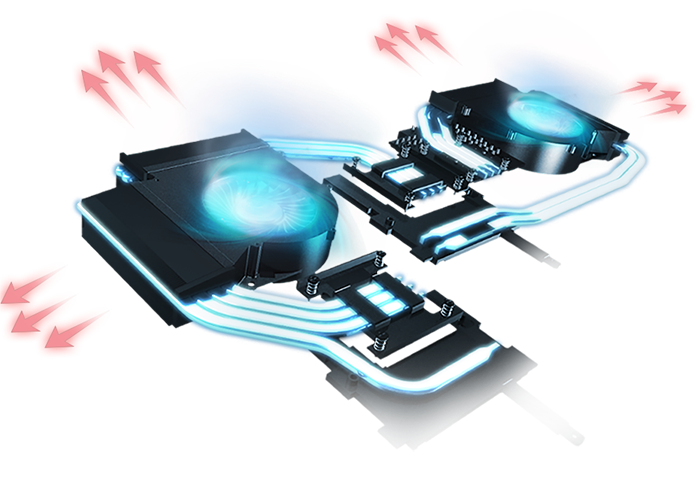 Stop losing games to lag with Killer Gaming Lan. The advanced stream detect 2.0 of the upgraded Killer E2500 chipset protects networking traffic and prevents lag spikes through controlling and managing up to 6 priority levels. You can game without fear and play at your best while tracking your speeds with the easy-to-use Killer Networking Manager.

With blazing WiFi speeds up to 1.73Gbps, the Killer 1550 blows away the competition and delivers you the performance you need for all of your game, entertainment, and downloads.

Immerse yourself with
Dynaudio

Sound is our number one priority-DYNAUDIO has no needs for superfluous design or trendy symbols to beautify our speakers. Their mission is to create the best sound possible. This means to reproduce music and sound as close as possible to the natural experience.

Get ready to be amazed by the all new Nahimic 3 and live the gaming immersion like never before! With simple and intuitive new UI, the Nahimic 3 not only further enhances in game 3D surround sound, but also offers even more finite control over your music, movies, and conference calls. 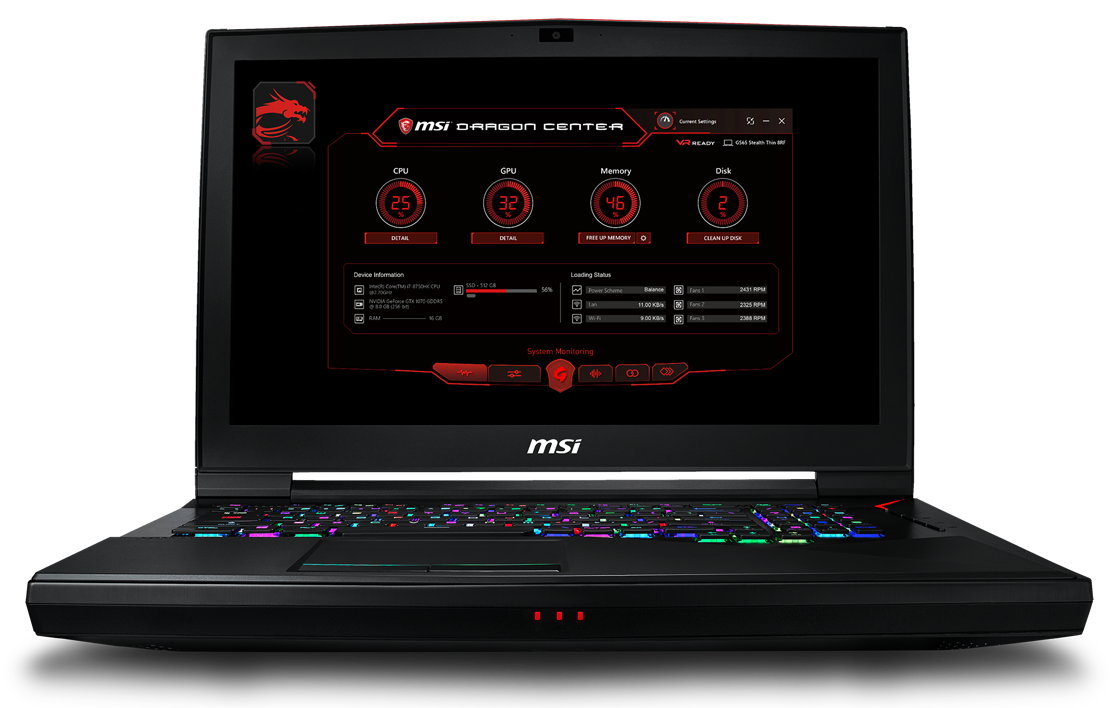 The redesigned high-tech style lets system information to be clear at a glance.

The new transparent interface, fit for any wallpaper.

Keeps your system at the highest performance and responsiveness when needed.

Displays the device information for specs and storage space. 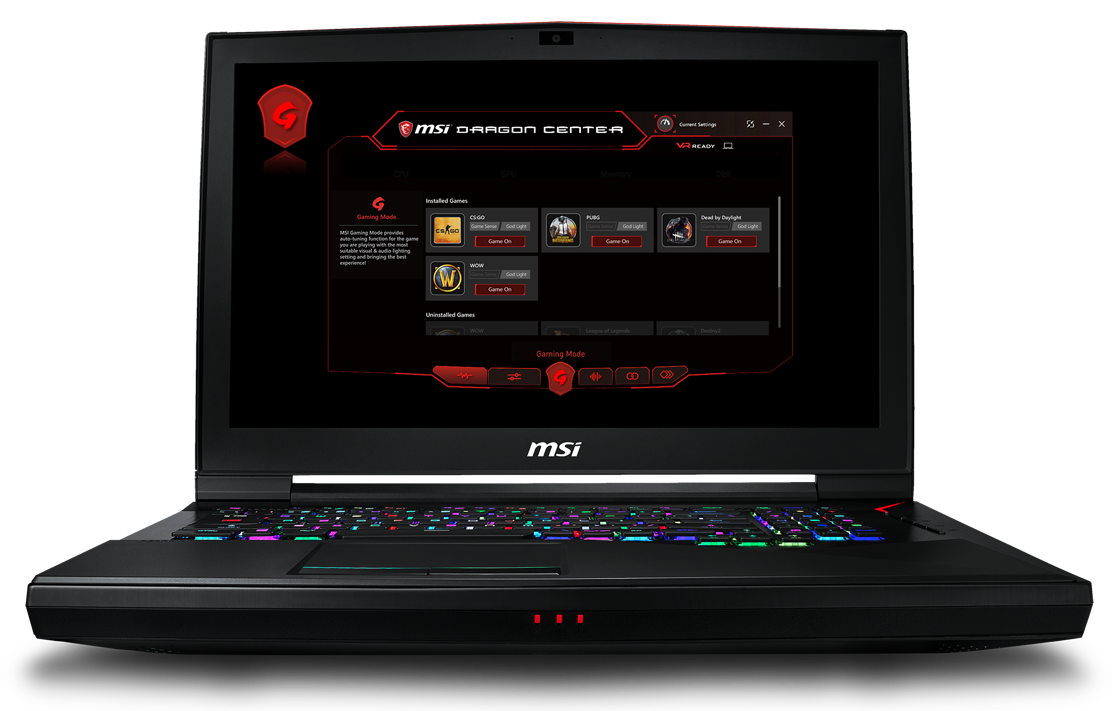 MSI Gaming Mode provides auto-tuning function for the game you are playing with the most suitable visual & audio lighting settings!

*Not all features listed are present in all laptops. Check product specifications for exact details. MSI reserves the right to change specifications without notice.

Intel, the Intel Logo, Intel Inside, Intel Core, and Core Inside are trademarks of Intel Corporation or its subsidiaries in the U.S. and/or other countries.

MSI, MSI gaming, dragon, and dragon shield names and logos, as well as any other MSI service or product names or logos displayed on the MSI website, are registered trademarks or trademarks of MSI. The names and logos of third party products and companies shown on our website and used in the materials are the property of their respective owners and may also be trademarks. MSI trademarks and copyrighted materials may be used only with written permission from MSI. Any rights not expressly granted herein are reserved.

All images and descriptions are for illustrative purposes only. Visual representation of the products may not be perfectly accurate. Product specification, functions and appearance may vary by models and differ from country to country. All specifications are subject to change without notice. Although we endeavor to present the most precise and comprehensive information at the time of publication, a small number of items may contain typography or photography errors. Some products and configuration may not be available in all markets or launch time differs. Supplies are limited. We recommend you to check with your local supplier for exact offers and detail specifications.

MIL-STD 810G testing is conducted on select MSI products. The testing is not a representation of MSI products satisfying U.S. Department of Defense (DoD) requirements or for military use. Validation process is done in laboratory conditions. Test results do not guarantee future performance under these test conditions. Damage under such test conditions is not covered by MSI’s standard warranty.