Lastest Updated: Fri, 27 Sep 2019
Bringing adrenaline-pumping tournament, the latest gaming gadgets and lots of fun to Barclays Center,
New York from September 28th to 29th
[City of Industry, CA] In its never-ending quest to develop eSports, MSI joins hands with ESL again to bring the MGA (MSI Gaming Arena) 2019 Grand Finals to New York. After grueling regional qualifiers, Riot Squad from North America, ex-Epsilon from Europe, ViCi from APAC and Gambit from CIS remain standing and seal their spots in MGA 2019 CS:GO Grand Finals. All of them will face off backstage on September 28th to determine who will enter the Grand Finals. The event will reach its climax as we see the top two teams vying for the crown of MGA 2019 and their share of the US$60,000 prize pool at ESL One New York 2019 on September 29th.
“We are excited to partner with ESL again to bring MGA 2019 Grand Finals to the world stage. MGA connects fans and players from all over the world through their shared passion of gaming. At the Grand Finals, players will compete for the ultimate honor using top-notch MSI GAMING hardware built around our decade-long pioneering tech in gaming. And we will be here to celebrate the world’s best players on their way to become legends,” said Sam Chern, MSI Marketing VP.
"Gamers are always telling us that they need performance and capacity to push the limits of their gaming systems,” said Sven Rathjen, vice president of marketing, Western Digital. “Our WD_Black gaming portfolio gives casual and hardcore gamers alike the needed room for the latest game releases and provides that extra edge in performance that they expect. Being a sponsor of the MSI Gaming Arena we can provide a great opportunity for gamers to experience these high-quality products and drive their game forward.”

The event will be hosted by well-experienced talent who will be hosting, reporting, casting, and analyzing live from the Barclays Center and bringing viewers all the action of the most exciting CS:GO event.
Semi Finals: Saturday, Sep 28th, 9:00 (EST) on MSI FB/Youtube/Twitch
Grand Finals: Sunday, Sep 29th, 10:00 (EST) on MSI FB/Youtube/Twitch & ESL CS:GO social media
To ensure no one misses out on iconic moments and the epic victory, all the intense face-offs will be livestreamed via the top-notch MSI GE75 Raider Gaming Laptop. 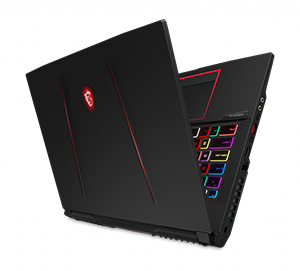 While we await the enthralling event to begin, let's first take a look at the weapons of choice for MGA 2019 Grand Finals.

A tiny package that delivers a mighty punch, MSI Trident X Plus is a real game changer that breaks the established impression of gaming desktops. It is the world's first compact gaming desktop to incorporate 9th Gen Intel® Core™ i7/i9 series CPU, the latest MSI GeForce® RTX graphics card and an SFX power supply into a 10 liter case. Coupled with MSI's proprietary Silent Storm Cooling 3 technology separating the CPU, VGA and PSU into independent chambers for optimized airflow, the Trident X Plus delivers the best cooling and most stable performance for gamers who demand the very best. 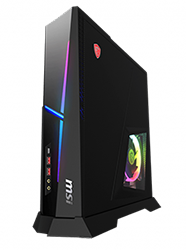 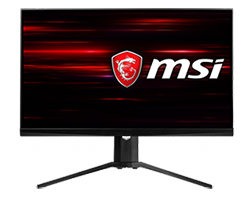 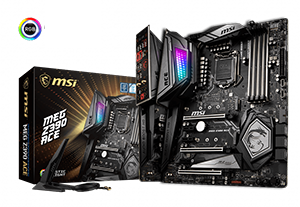 Big Thanks to Sponsors of the MGA 2019 Grand Finals